#DYK – The Columbia Chamber Relocated the State Fair in 1904

As the fun and festivities of this year’s South Carolina State Fair begin to draw to a close, we want to share a little history about the Columbia Chamber’s involvement with the Fair that people likely aren’t aware of. The Chamber was founded in 1902, the last year that the State Fair was held by a single family. The Chamber quickly established itself as a pillar of the community and in 1903 was asked by the City Fair Association to take over as the primary hosting organization, less than a full year after the Chamber’s inception.

The Chamber played a key role in some of the most extensive improvements to the State Fair’s programs during this time, including the construction of new buildings and a large-scale advertising strategy. Bigger and more impressive shows were brought to Columbia under the Chamber’s guidance, including a number of free performances for the community. With a vision for a grand affair that would attract visitors from all across the state, the Chamber took on many initiatives to expand the scale of the event, such as funding most of the logistical expenses for several consecutive years. By working with local railroad companies, the Chamber was also able to secure affordable train ticket rates that allowed modest families to plan a trip to the Fair.

In 1904, the Chamber assisted in the relocation of the Fair to the current fairgrounds where the annual event is still held today. Although the Chamber is no longer affiliated with the State Fair, we love to see the tradition continue and are proud to have played a part in bringing about the festive experience we cherish today. 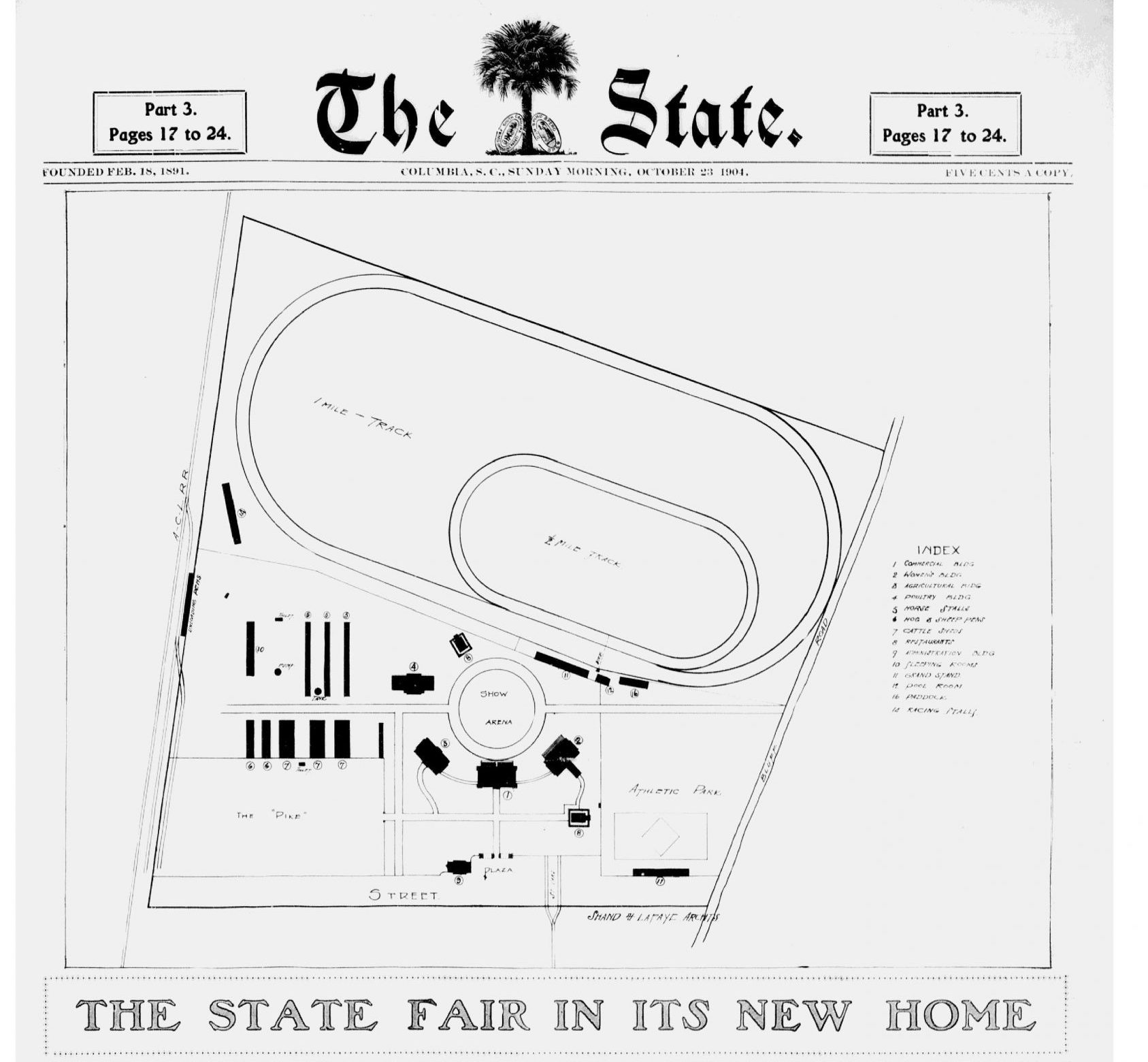 Photocopy of The State Newspaper from October 23, 1904.
Courtesy of Richland Library online archives.