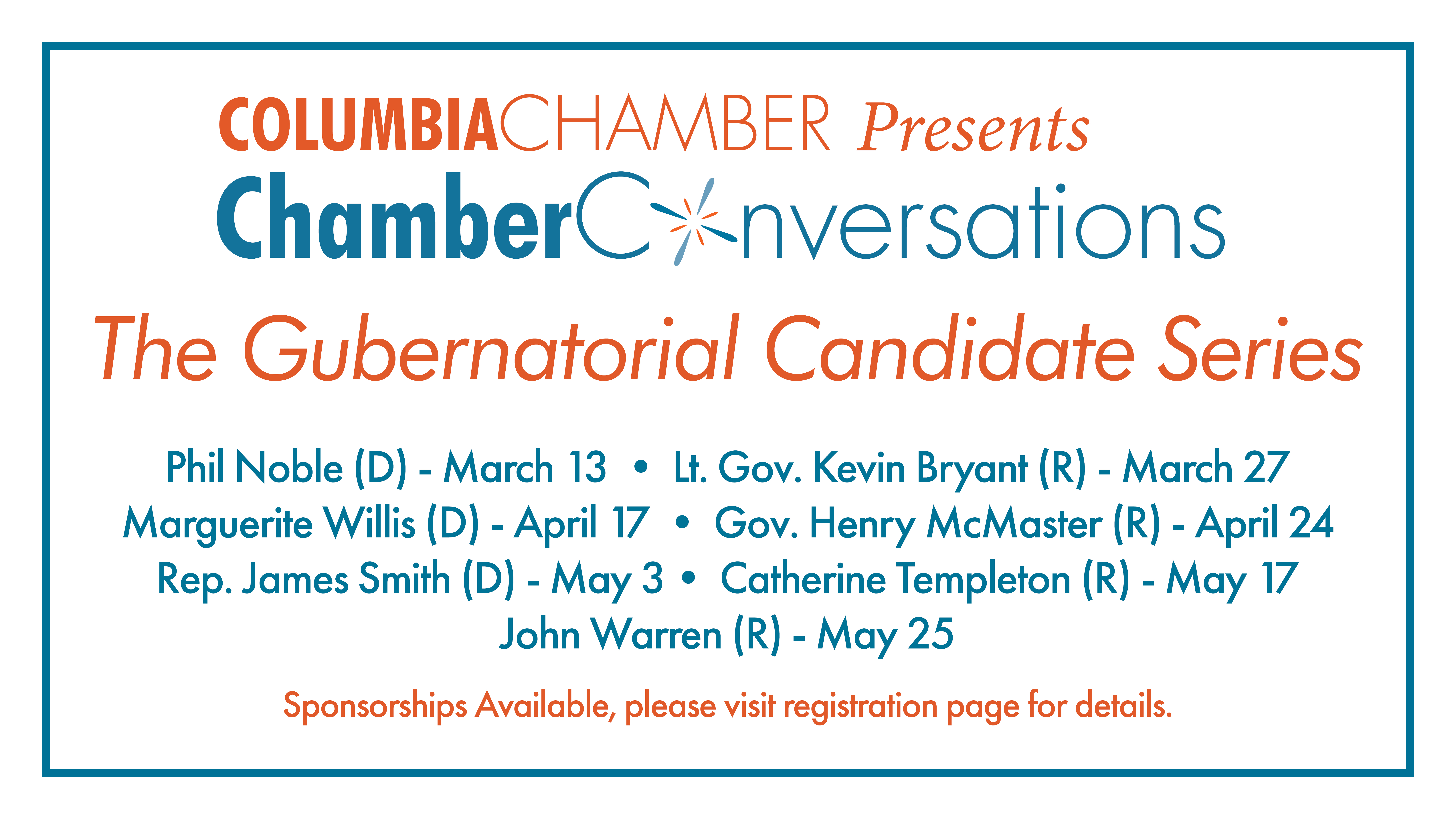 Chamber Conversations: The Gubernatorial Candidate Series is in full swing with five dates down and only two more to go!

Phil Noble was our first candidate on March 13: 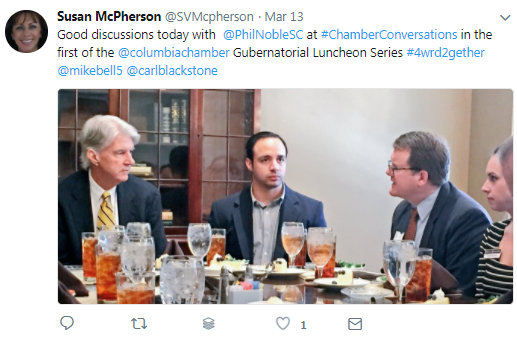 Lt. Gov. Kevin Bryant was the second candidate on March 27: 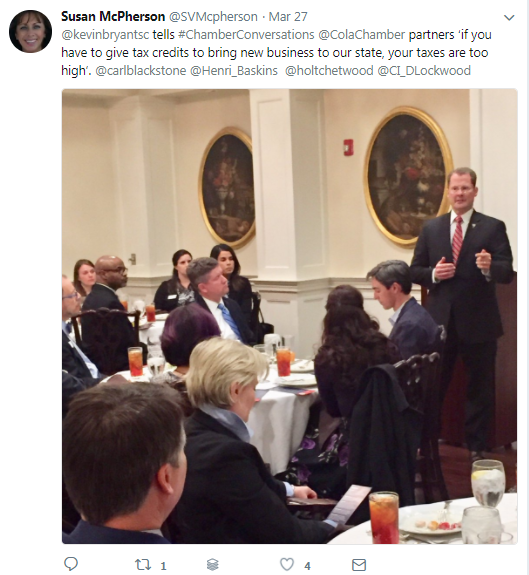 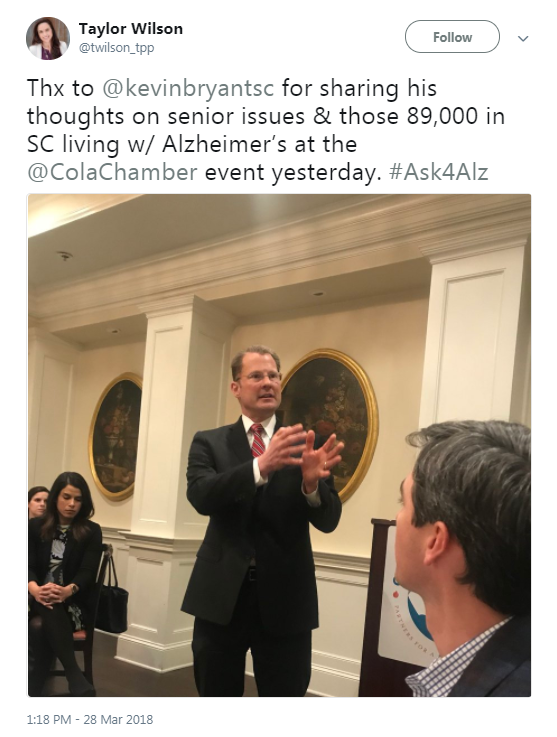 Marguerite Willis was on April 17: 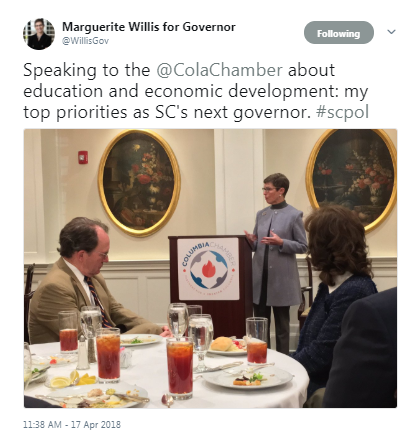 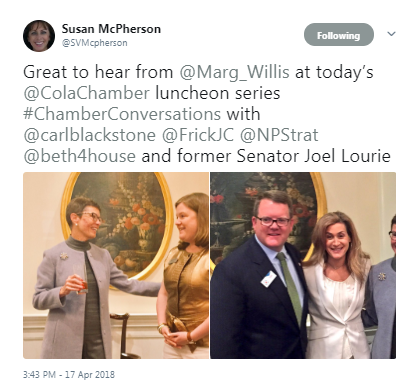 Gov. Henry McMaster was on April 24: 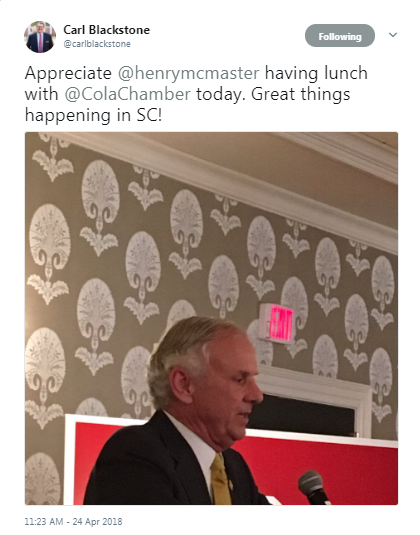 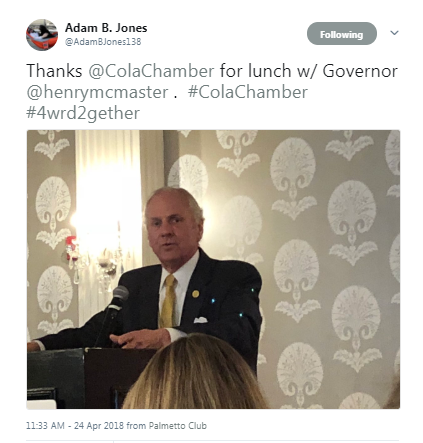 Rep. James Smith was on May 3: 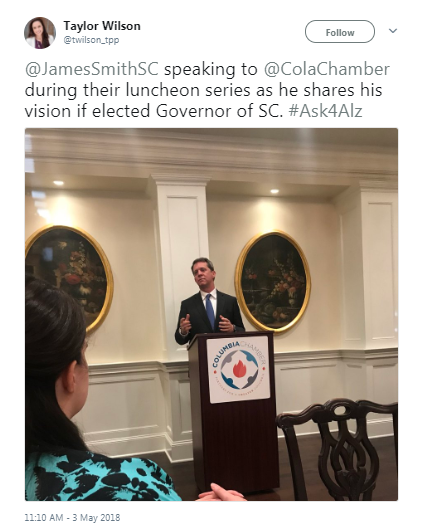 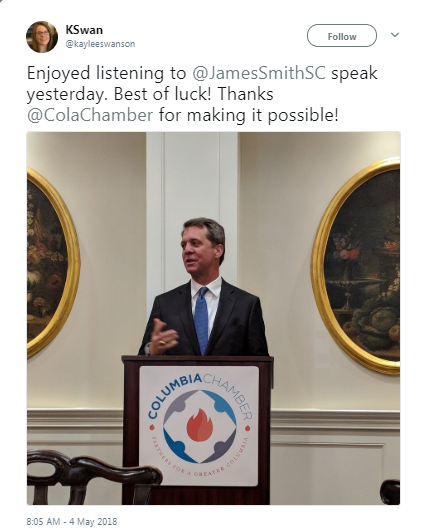 Catherine Templeton was on May 17: 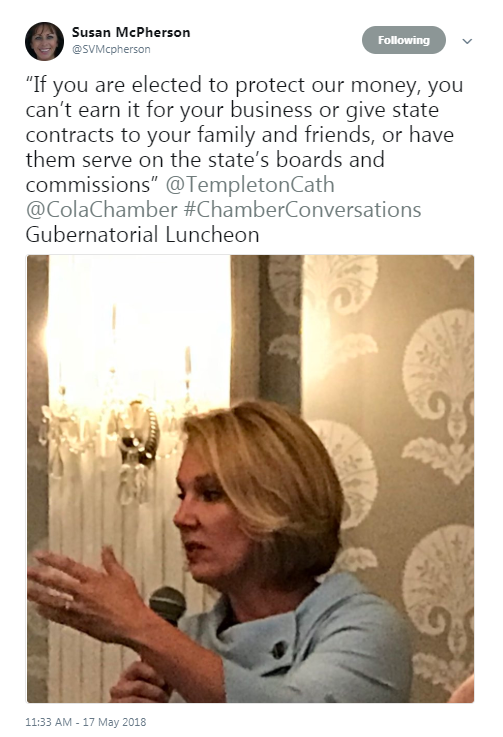 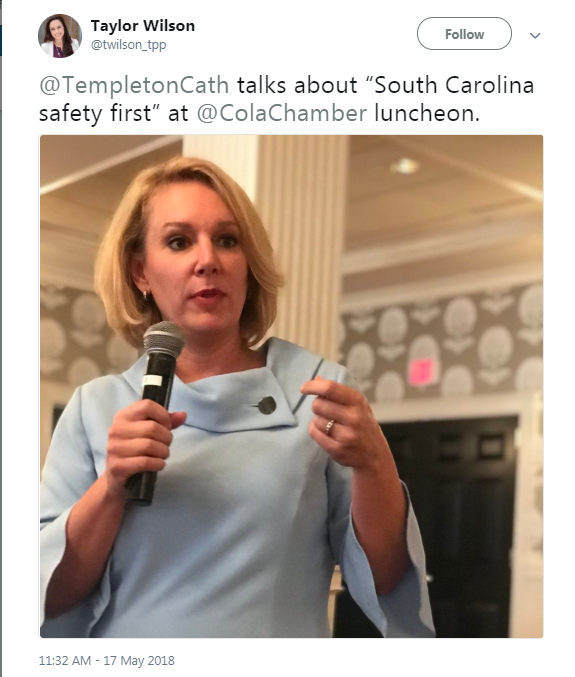 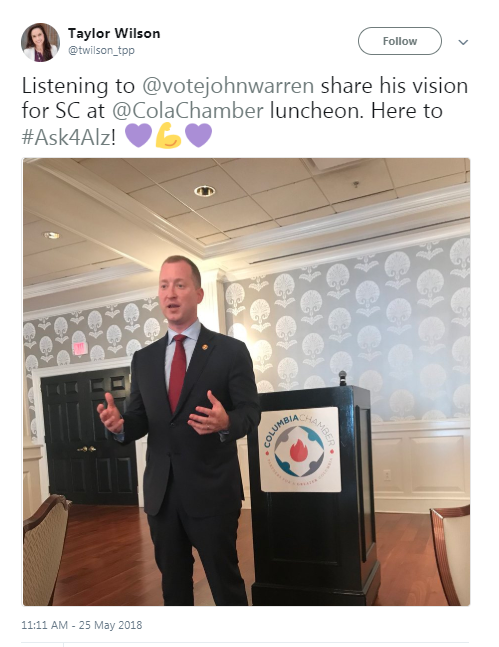 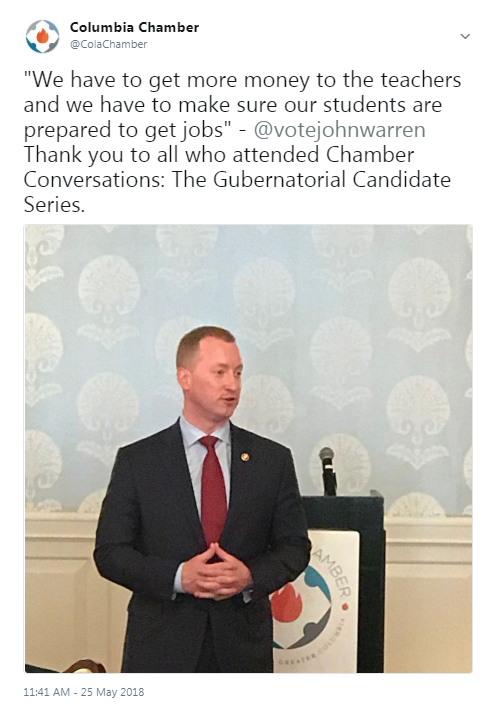 Thank you to all who attended. Each of us have a great opportunity to voice our opinions and vote for the candidate of our choosing on June 12th for the Primary Election. Learn more about how to vote here.