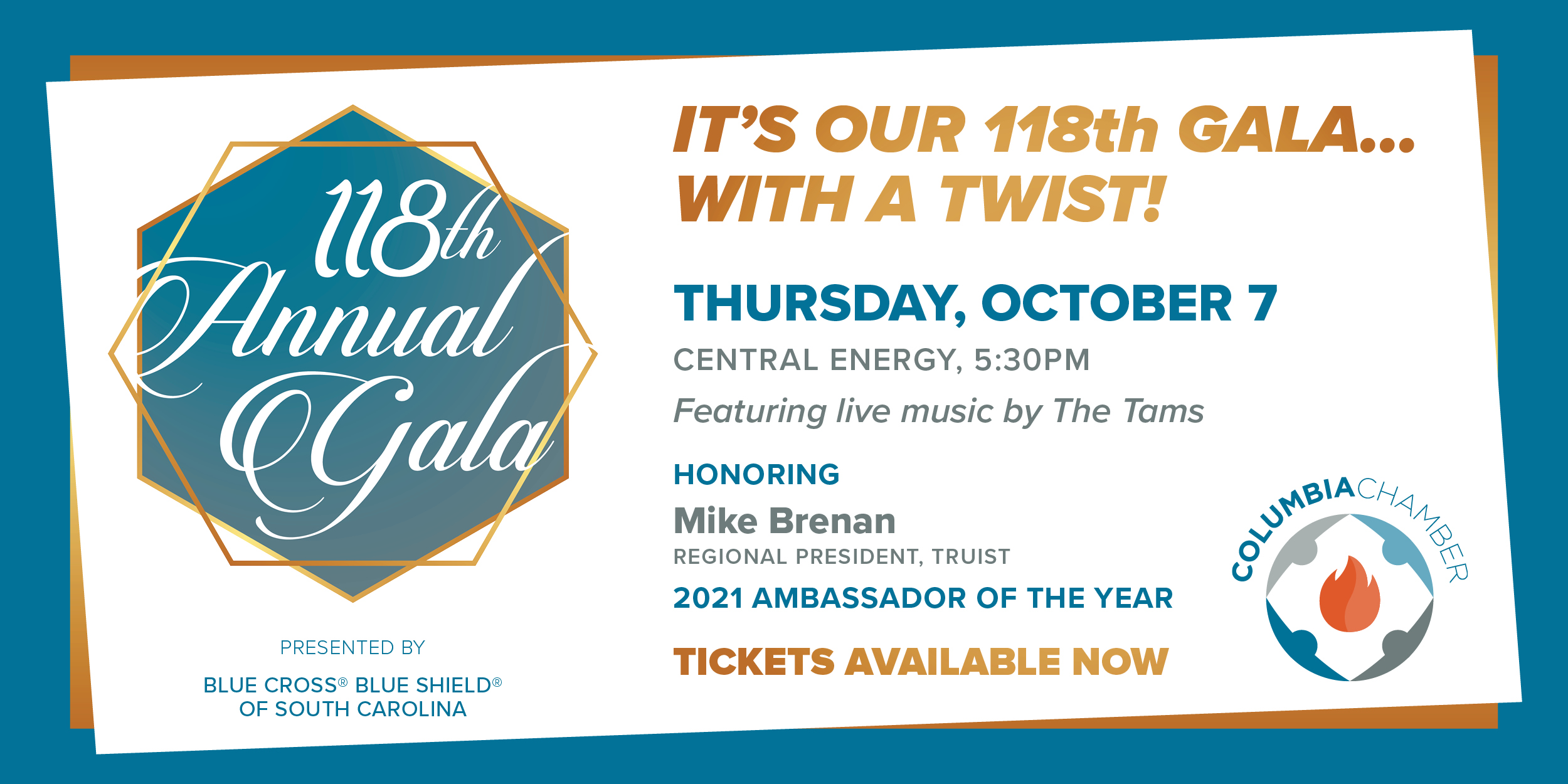 The Ambassador of the Year Award, sponsored by Colonial Life, is presented to a member of the community who exemplifies outstanding business ethics and has influenced positive promotion and preservation of the greater Midlands.

“The Annual Gala allows the Chamber to recognize individuals who make a positive impact in the business and local community,” said Carl Blackstone, Columbia Chamber President and CEO. “There are very few that have had as much influence in our area as Mike Brenan. A dedicated steward of the Midlands, Mike recognizes the importance of being a good public servant. Mike makes sure that he, personally and through his work with Truist, tirelessly puts the advancement of the Midlands first.”

“Mike’s tireless advocacy for our community and focus on the betterment of the region is tremendous. His passion for our community is evident in his leadership and involvement in so many causes, including education, housing, healthcare and commerce. Colonial Life is honored to support Mike’s recognition as Ambassador of the Year,” said Colonial Life President, Tim Arnold.

More About the 118th Annual Gala