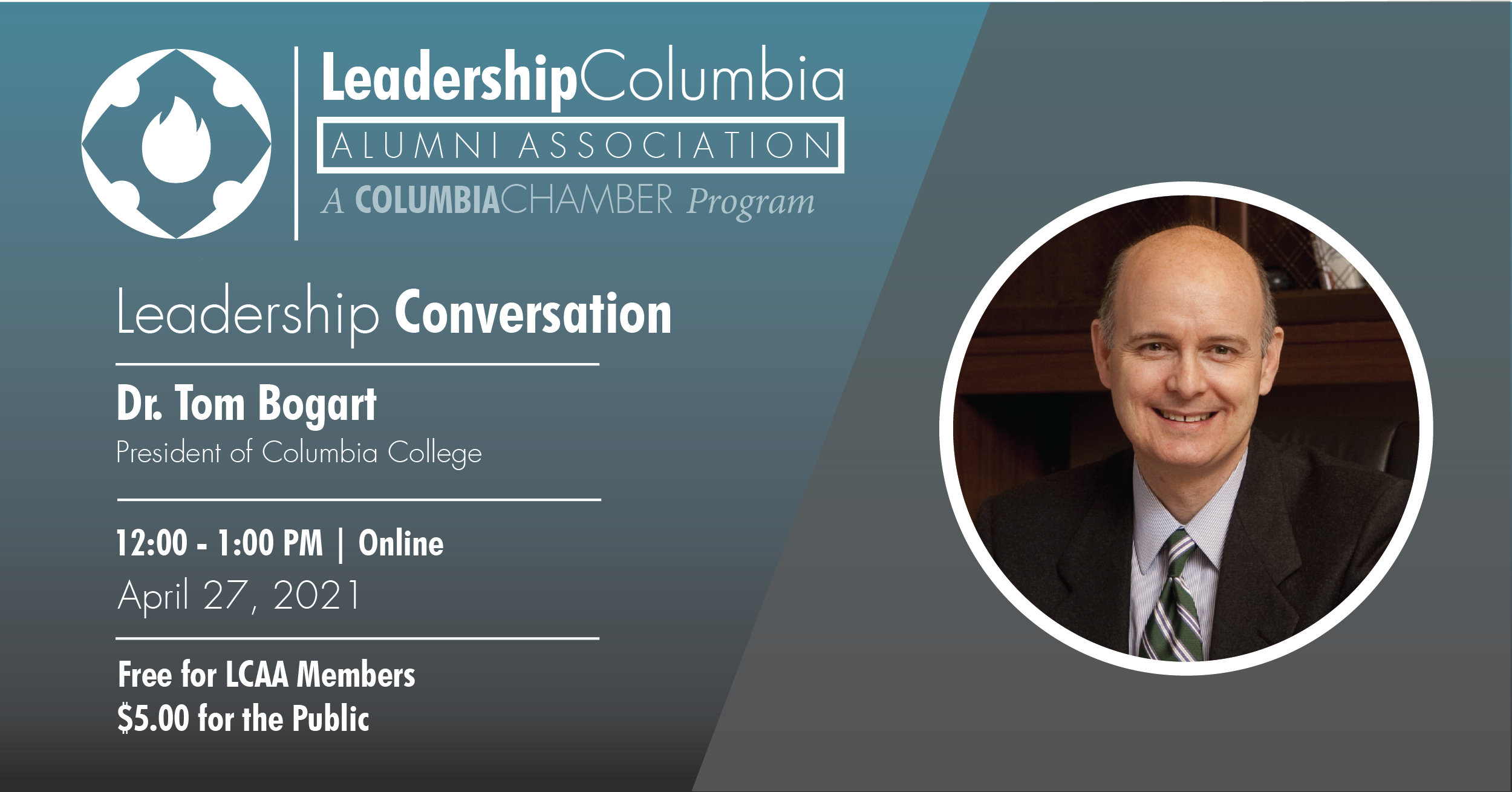 Join us online for a Leadership Conversation with the new President of Columbia College, Dr. William T. (Tom) Bogart. He will be sharing his story of leadership during massive organization changes as Columbia College is transforming to a full co-ed college. Columbia College was founded as a women’s liberal arts college in 1854, and over the past few years they have started offering evening or online classes to men. For the first time in the school’s 166-year history, it will allow men to enroll as residential students as part of a new program that should start fall of 2021.

Dr. William T. (Tom) Bogart is the 20th president of Columbia College, having assumed his duties on October 1, 2020. Dr. Bogart earned a B.A. in economics and mathematical sciences from Rice University and a Ph.D. in economics from Princeton University. He was a faculty member at Case Western Reserve University from 1990-2002, chief academic officer at York College of Pennsylvania from 2002-2010, and president of Maryville College from 2010-2020.

Highlights of his decade of service as president of Maryville College include leading two campus-wide strategic planning efforts, helping to secure the largest gift in the history of the College, increasing annual fund giving by 40%, increasing net assets from $77 million to $145 million, increasing the endowment from $51 million to $91 million, and operating with a net unrestricted budget surplus every year. The College received multiple awards for beautification, sustainability and climate change initiatives, and increased student diversity through the National Science Foundation-funded Scots Science Scholars program and the “Dreamer” initiative in partnership with Equal Chance for Education.

Back to all Events

Market your business and get your brand noticed at Chamber events.