Connecting the Military with the Community

Columbia, S.C. prides itself on being the most military friendly city in America. The Columbia Chamber promotes, enhances, and strengthens the relationships between the Midlands and our military community to ensure the title is upheld. This past Veterans Day, that connection was brought to life by our Director of Public Policy and Military Affairs, Susan McPherson, with the help of the City of Columbia.

Pam Williams, a resident of Gallatin, Tenn., bought a silver metal band, with the name Col. Jack Van Loan, on it from a newspaper ad as a high schooler in 1971. After wearing the band during the Vietnam War, she stored it in her jewelry case, but recently re-found the band and wanted to know what happened to Van Loan. With the help of Facebook, Williams found that Van Loan was a Vietnam War Air Force pilot that was shot down and spent six years in a Hanoi prison. After being released in 1973, Van Loan became a successful business man in Columbia. Susan McPherson and the City of Columbia made sure Williams traveled to Columbia for its 39th Annual Veterans Day Parade to finally meet Van Loan. 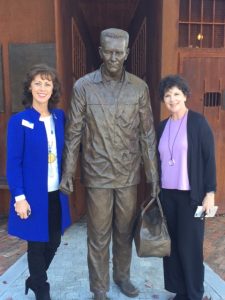 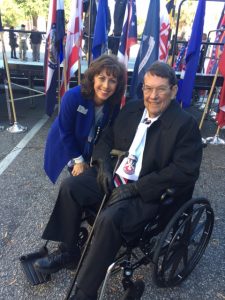 To read more about this amazing connection, please read the following links: