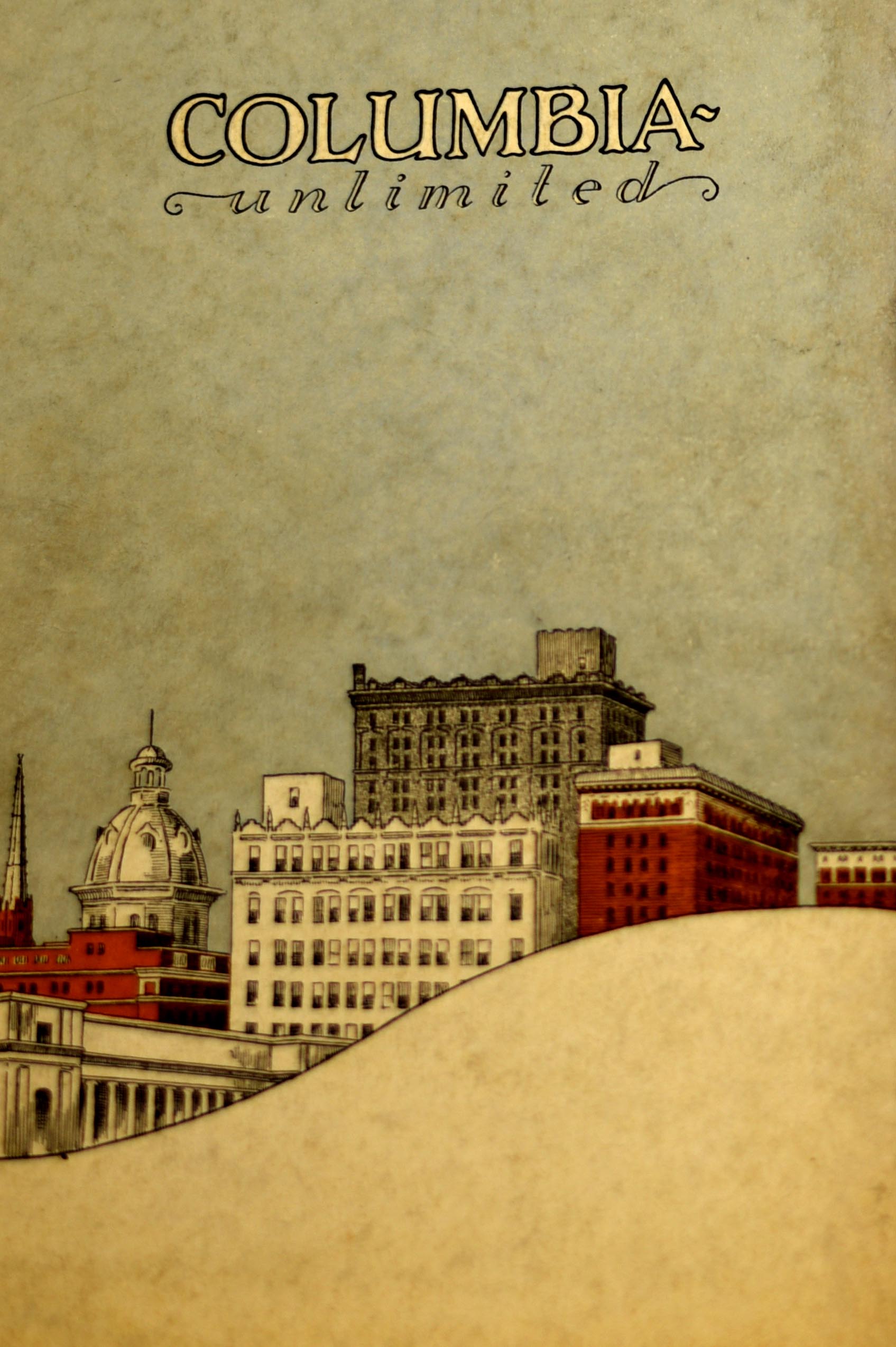 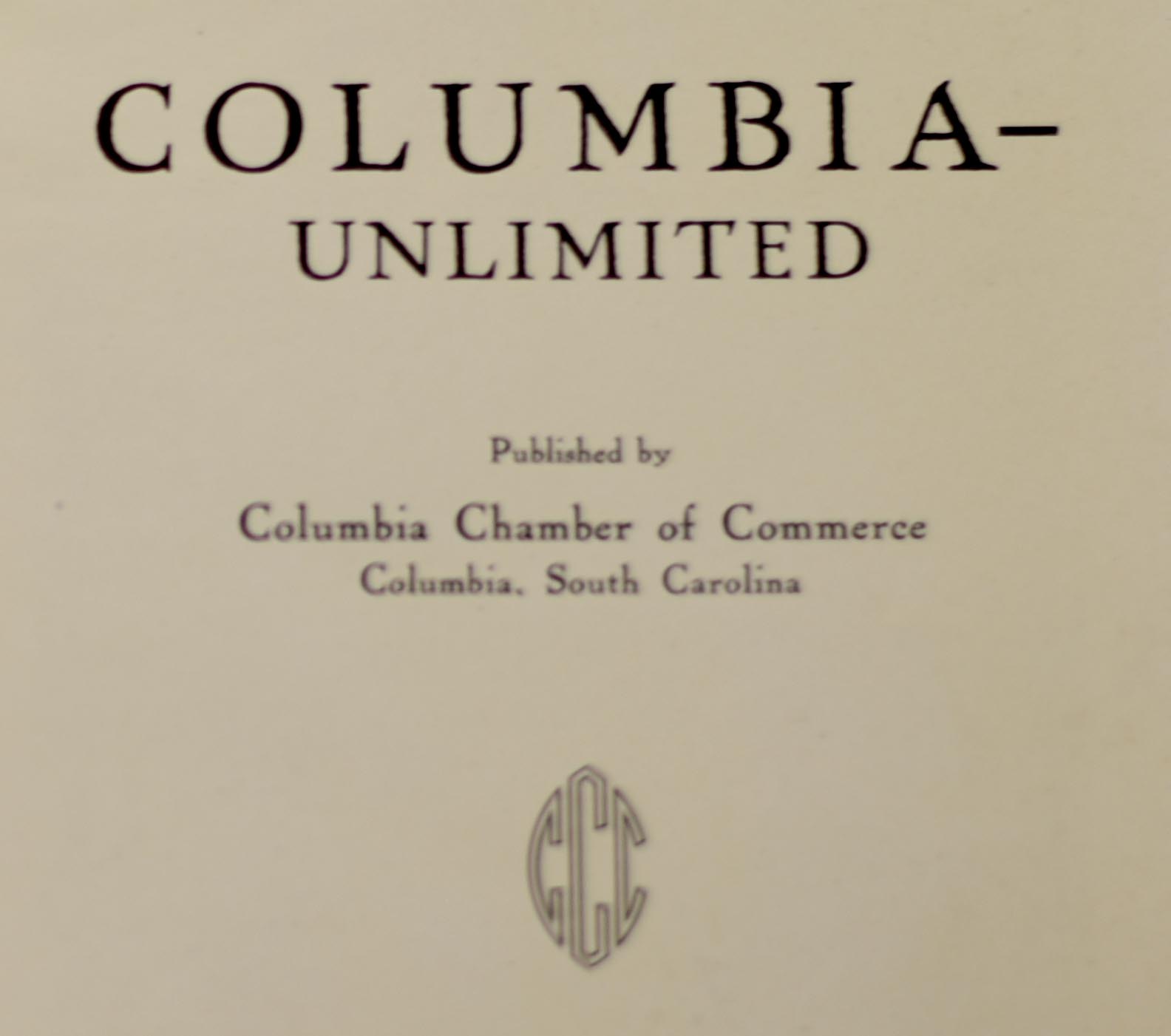 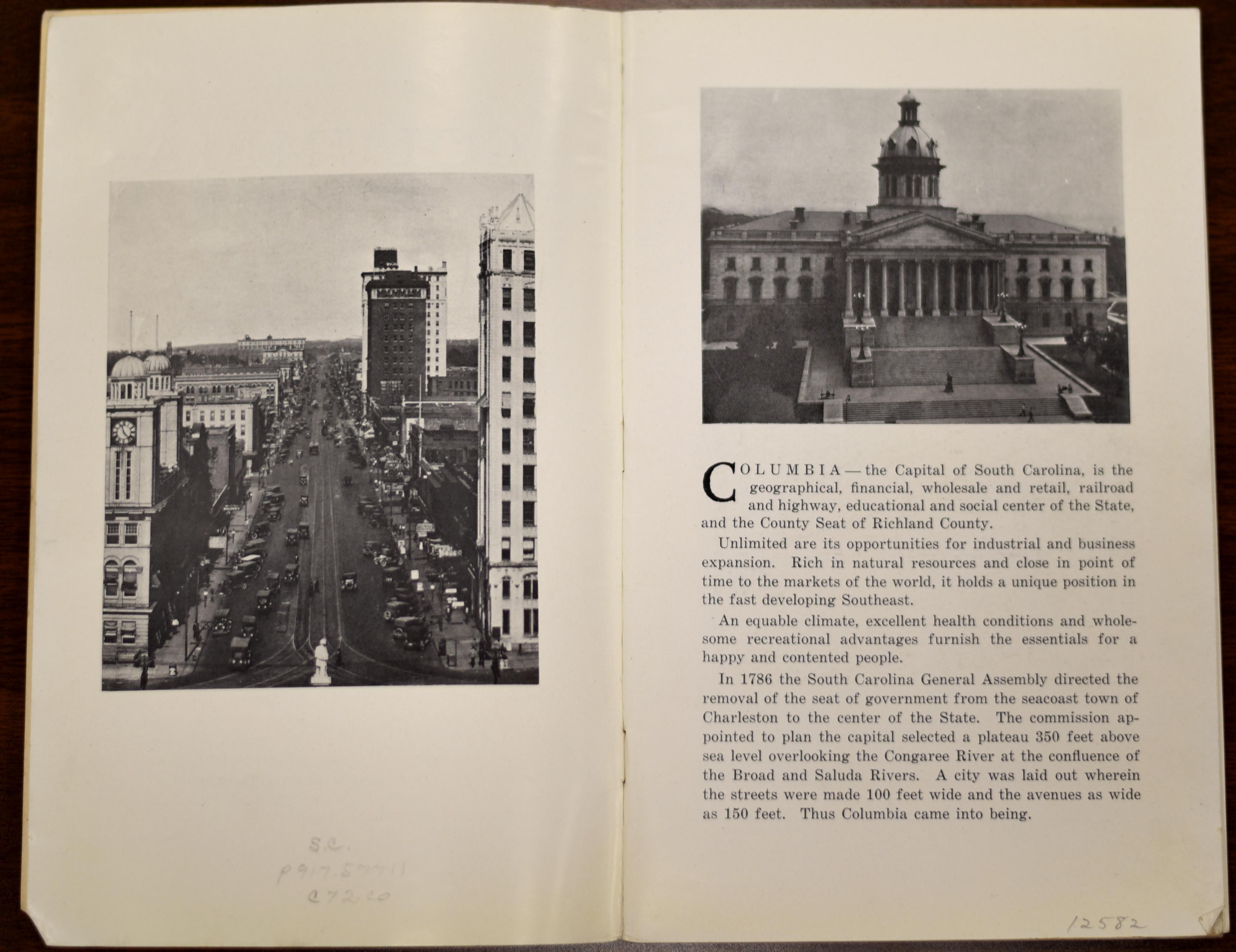 *Left Photo: Main Street view from State House Dome. Notice the large white building on the right, it was built in 1914 as a Union Bank and now houses ABC Columbia studios. Also, notice the large brick building on the right side of the street which is the Barringer Building, built in 1903 and is the State of South Carolina’s first skyscraper. The white building behind directly behind the Barringer Building was called the Palmetto Building, built in 1913 as Columbia’s second skyscraper, is now the Sheraton Hotel. The first building on the left side with the clock may be familiar to some as the Wade Hampton Hotel, but it started as Columbia’s City Hall and Opera House. That building was imploded in 1985 and now the Capitol City Tower stands there. (Information found on the Historic Columbia Website)

“Columbia- the Capital of South Carolina, is the geographical, financial, wholesale and retail, railroad and highway, education and social center of the State, and the County Seat of Richland County.

Unlimited are its opportunities for industrial and business expansion. Rich in natural resources and close in point of time to the markets of the world, it hold a unique position in the fast developing Southeast.

An equable climate, excellent health conditions and wholesome recreational advantages furnish the essentials for a happy and contented people.

In 1786 the South Carolina General Assembly directed the removal of the seat of government form the seacoast town of Charleston to the center of the State. The commission appointed to plan the capital selected a plateau 350 feet above sea level overlooking the Congaree River at the confluence of the Broad and Saluda Rivers. A city was laid out wherein the streets were made 100 feet wide and the avenues as wide as 150 feet. Thus Columbia came into being.” 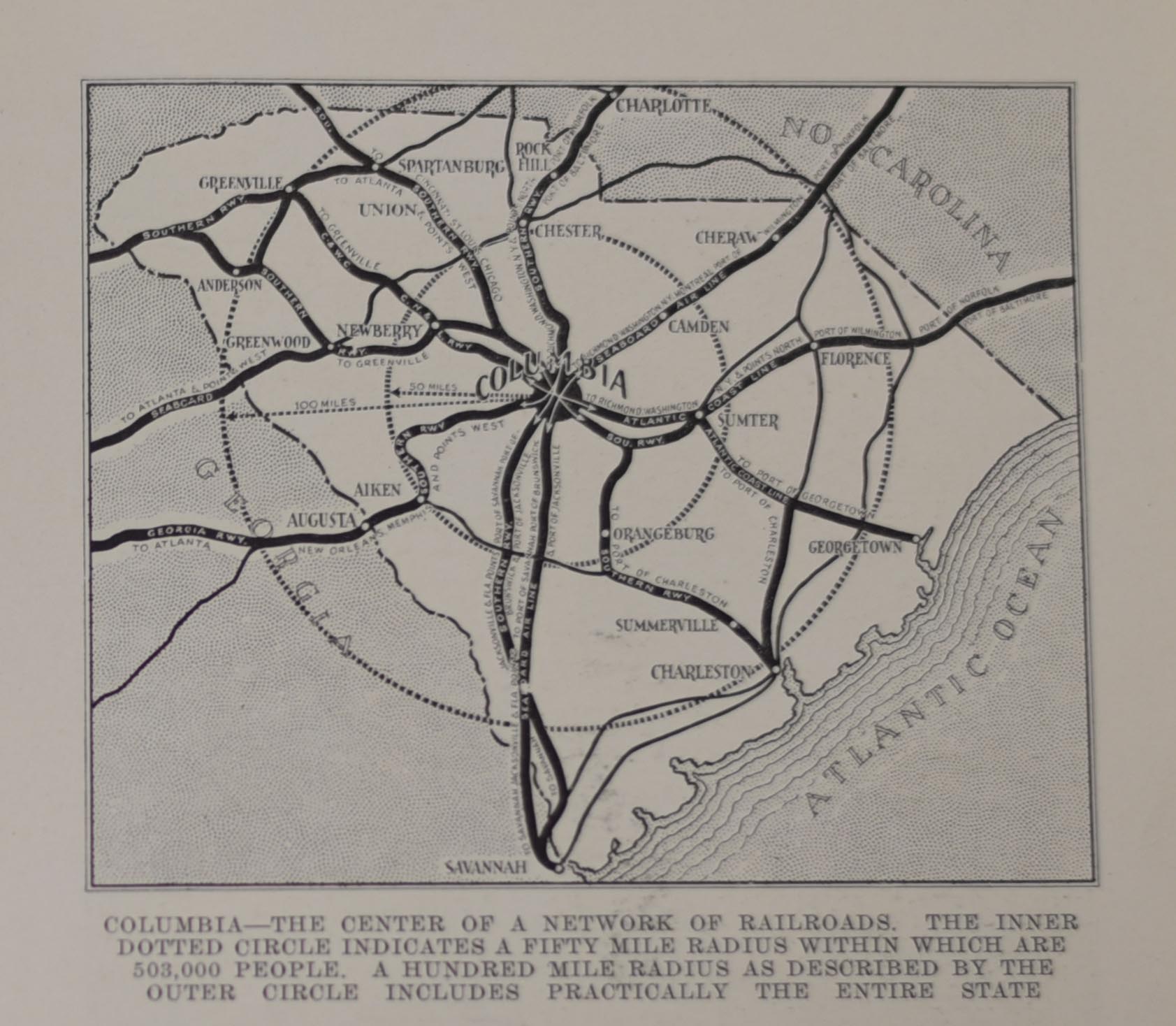 “Columbia – The center of a network of railroads. The inner dotted circle indicates a fifty mile radius within which 503,000 people. A hundred mile radius as described by the outer circle includes practically the entire state.” 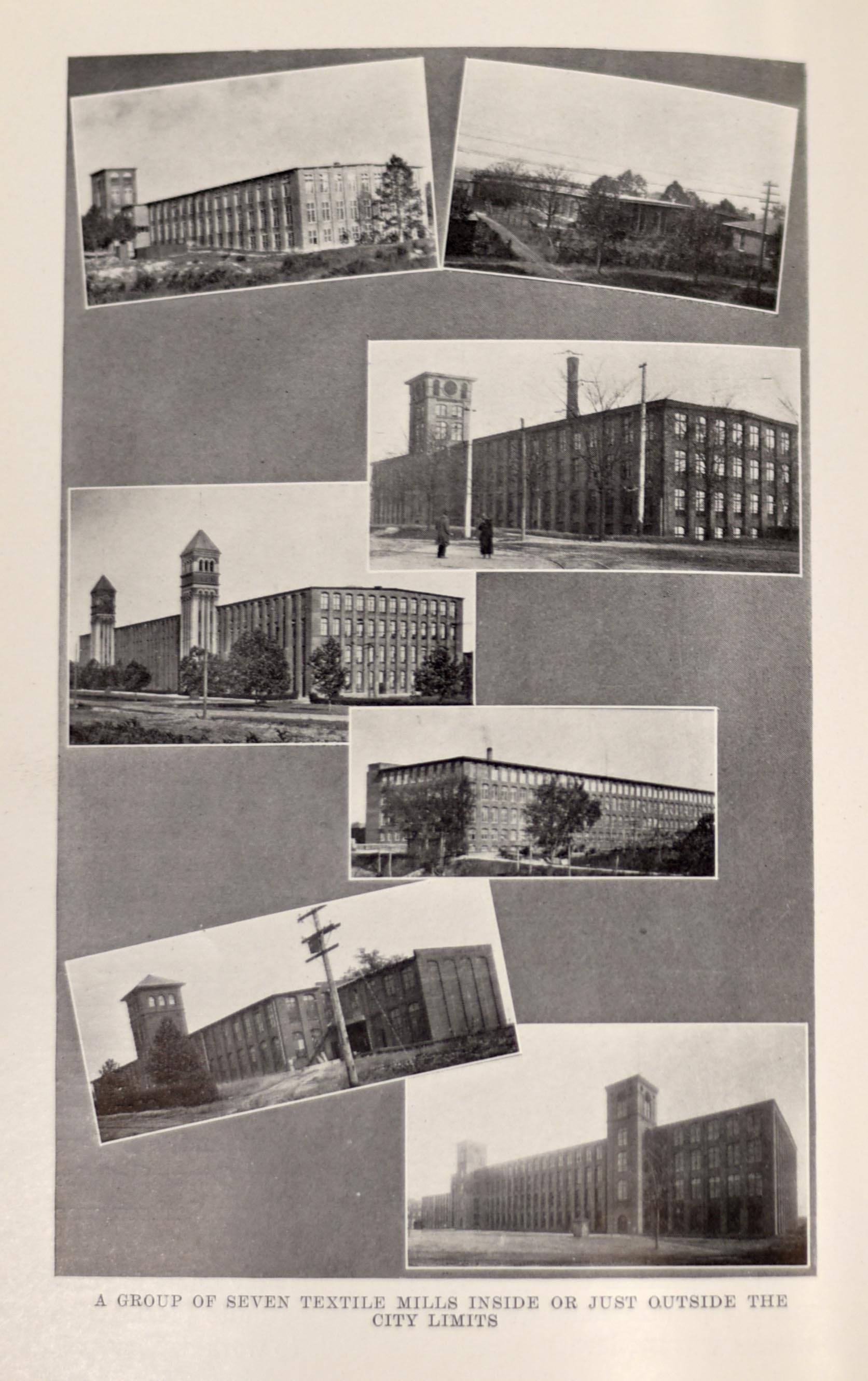 *Photo of seven textile mills in or around Columbia. Learn more about Columbia’s mills in this COLAtoday article. 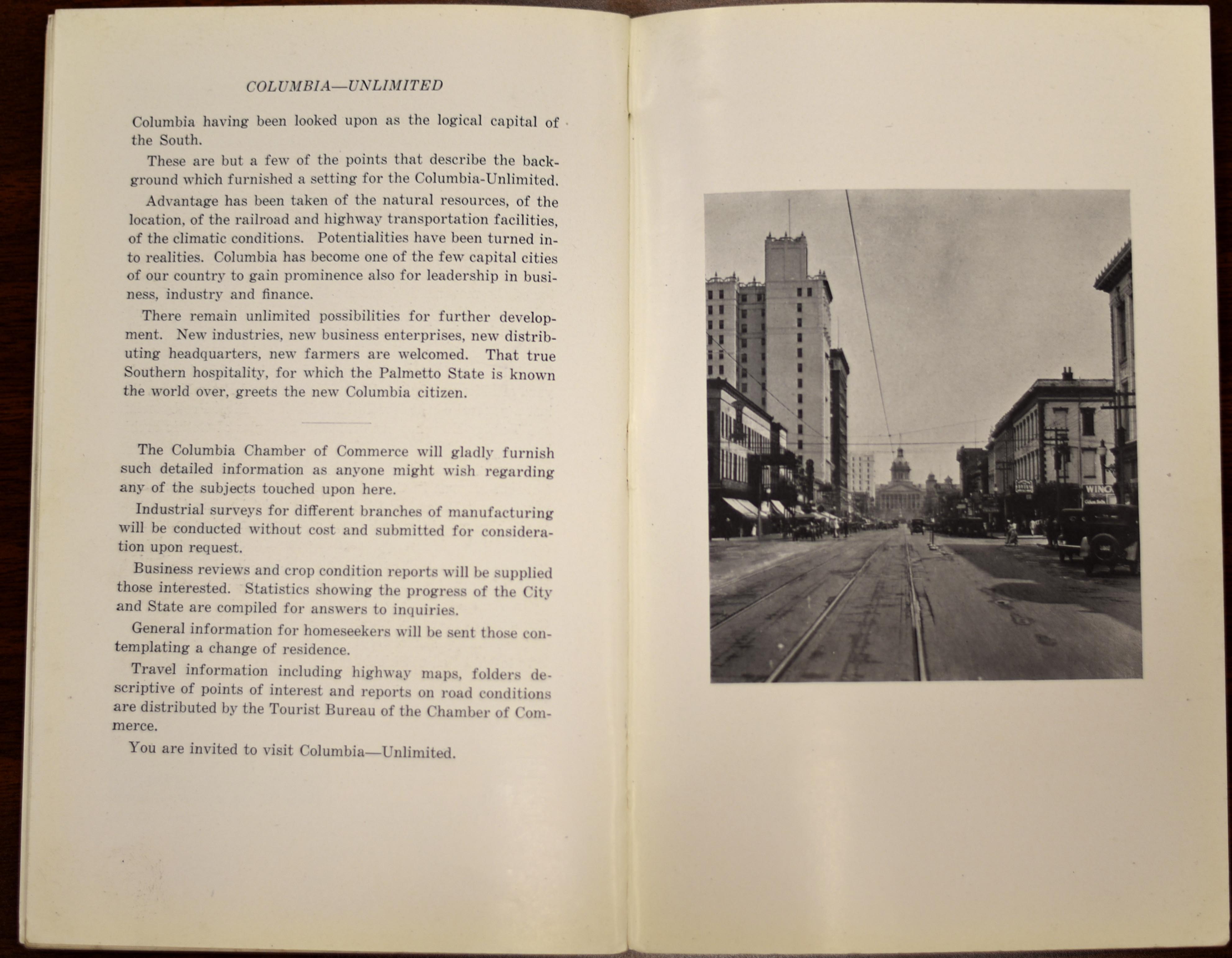 *Photo of Columbia Main Street looking towards the State House.

“… Columbia having been looked upon as the logical capital of the South.

These are but a few of the points that describe the background which furnished a setting for the Columbia-Unlimited.

Advantage has been taken of the natural resources, of the location, of the railroad and highway transportation facilities, of the climatic conditions. Potentialities have been turned into realities. Columbia has become one of the few capital cities of our country to gain prominence also for leadership in business, industry and finance.

There remain unlimited possibilities for further development. New industries, new business enterprises, new distributing headquarters, new farmers are welcomed. That true Southern hospitality, for which the Palmetto State is known for the world over, greets the new Columbia citizen.

The Columbia Chamber of Commerce will gladly furnish such detailed information as anyone might wish regarding any of the subjects touched upon here.

Industrial surveys for different branches of manufacturing will be conducted without cost and submitted for consideration upon request.

Business reviews and crop condition reports will be supplied those interested. Statistics showing the progress of the City and State are compiled for answers to inquiries. General information for homeseekers will be sent to those contemplating a change of residence.

Travel information including highway maps, folders descriptive of points of interest and reports on road conditions are distributed by the Tourist Bureau of the Chamber of Commerce.

You are invited to visit Columbia – Unlimited.”

Columbia has come very far since 1902 and the Chamber itself has evolved over the years. Now, Columbia has a standalone tourism office, Experience Columbia SC, that provides maps and multiple government agencies that handle statistics and reports. The Chamber now focuses on being the unified voice to the regional business community and promoting an environment where businesses can flourish through partnerships with local businesses and through public policy and advocacy.

Learn more about the Chamber’s role in public policy & advocacy